Kathleen Hughes moved back to Edmonton in 2010 from Ontario with a long history of Graham training, performance and running a company. This performance was a mix of previous and new work by Ms Hughes, Justin Hughes and Tony Olivares, and was performed by the choreographers and by what appeared to be students of Hughes.

Overall, this performance was expensive for the value of the performance. It was an amateur performance for $25 whereas no professional contemporary dance company in Edmonton charges more than $20. Still, the audience of mostly relatives seemed happy with the show. The difficulty in writing this review however, is balancing the professional dance company claim and high admission fee with the quality of the production.

Hughes herself is known to teach a very challenging Graham-style class. The dancers in the performance appeared to be very mediocre, maybe just out of high school dance programs. While they had some technical abilities, the performances from piece to piece were generally lacking in soul or any direction for effort or intention.

There was a promising duet between Tony Olivares and Hughes called Flight of Paradise. Olivares is a well-known and talented professional and he was a guest performer with the company. The two dancers wore fringed outfits and progressed over the course of the dance from stage right to stage left The beginning of the duet was strong, with the two of them moving well together and quickly establishing themselves as a strong and loving pair, slowly pressing into bold poses in a sort of slow motion Greek chorus, very similar to this Graham company photo below: 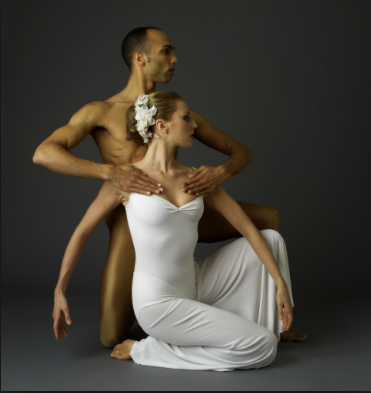 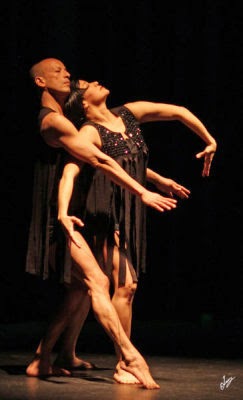 After the first few movements, the piece was exposed as an ill-rehearsed improv, and Hughes' gaze dropped as she became visibly sheepish as she ran out of ideas and lost her connection to Olivares. Olivares is an improv pro, and was able to keep the piece moving forward, and they managed to reconnect by the time they got to stage left. Just as confused as the piece was, the title is also problematic, suggesting that Paradise itself is flying.

Justin Hughes had a solo about being alone within nature. Justin Hughes is a pretty big guy who is essentially a contact improv dancer. This doesn't always translate well to solo or non-contact work (the converse is also very true). Aside from some very good supple rolls and falls, the performance was more dull than deep, Hughes lumbering through his choreography while pretending to be lost or meditative in his little place in the woods. Hughes wrote the music himself, which was sentimental enough to match the choreography. 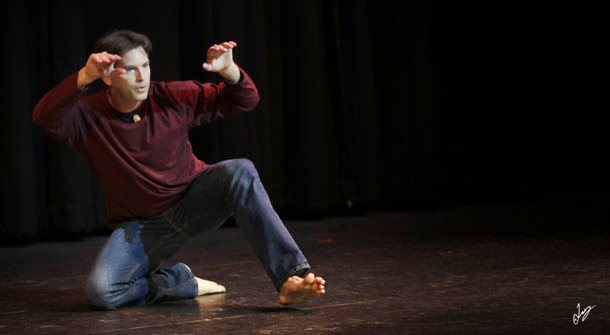 Justin Hughes also created a duet about friendship for two of the younger dancers. It doesn't need to be reviewed because he told us himself in the program note that it is a lovely dance.

Olivares then had a solo that changed the energy of the concert. Covered in earth toned paint, he seemed to transform the stage to dirt and emerge from it. Even if you had tired of hearing the throat singers of Tuva at every modern dance show in the 90's, you might have been happy to hear them again after awhile. As Olivares continued upward from his slow, sticky, imaginary primordial ooze, we began to believe he might come right off the stage and cannibalize us all in one big bite. We may have actually offered ourselves up to him to do so, that's how compelling it was. 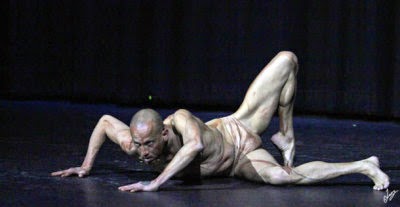 Instead, what happened next was a seemingly random entry from stage right by Kathleen Hughes and two other women, who came out in white t-shirts and black yoga pants and stood behind Olivares. It almost seemed like a joke. However, they proceeded to surround him in earnest with a loving embrace, this poor savage whom they seemed to be trying to save with the power of love. 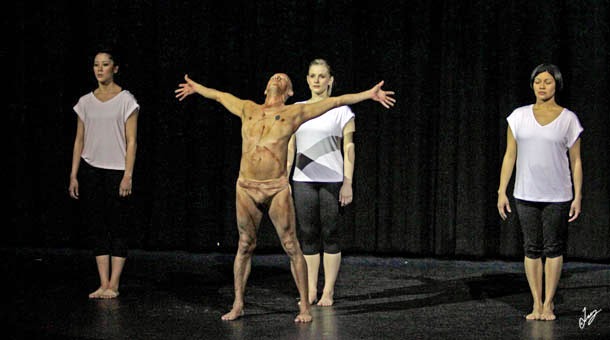 
The final piece was another work that was nearly Graham-like in its presentation. Entitled, A Beautiful Woman Has Come, Kathleen Hughes was wearing a sexy cut-out long white goddess gown. According to the program note, the piece was originally made in 2003 and since then, Hughes had changed which goddess the character represented a couple of times.  The young dancers were her prostrate subjects, and she walked among them touching them kindly as they scattered about on the floor, clearing a path for her as she strolled aimlessly through the space. Only occasionally did Hughes pause to offer a sculptural affectation. In essence, it held all the choreographer-as-goddess vanity of a Graham work, but none of the action, none of the intense drama, none of the catharsis, none of the research, and none of the clarity to which Graham was so severely devoted. 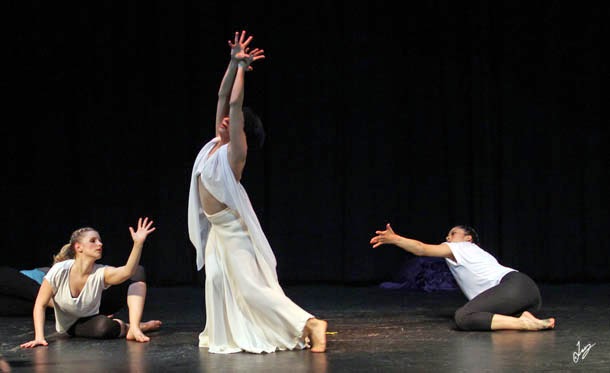